Taquitos are a traditional Mexican dish consisting of rolled-up tortillas filled with meat, cheese, or veggies. They are then fried until crunchy. Here, we fill flour tortillas with pulled pork and then oven-fry them to get that satisfying crunch in each bite. The Taquitos are served with tomatoey-taco spiced dipping sauce, sour cream, and fresh cilantro.

Before you start the meal let’s talk about the ingredients. The best thing about this meal is that it’s simple. The most typical cut for making pulled pork is the pork shoulder.

The pork shoulder is the entire front leg and shoulder of a Pig. When shopping I would buy the Jack Daniel’s Pulled Pork with Jack Daniel’s BBQ Sauce, 16 oz. You can get a nice amount at $8 a pound.

Key to this meal:

The key to this meal is the filling. First you heat 1 tablespoon oil in a medium skillet over medium-high. Add peppers and about 90% of the onions. Let it cook for a little bit. Don’t forget to keep stirring. Should take about 5 minutes or until there softened and golden brown. Add pulled pork and half of the chopped garlic; cook, breaking up pork with a spoon. We don’t want dry pork so stir in ½ cup water; simmer, scraping up browned bits, 1 minute. Season to taste with salt and pepper.

Brief History of the Taquitos

We can thank wikipedia for this history lesson. ‘Two Southern California restaurants are often given credit for their roles in the early development of the taquito. Cielito Lindo was founded by Aurora Guerrero in 1934 and located on Olvera Street in Los Angeles. Guerrero’s daughter used her taquito recipe in opening chain restaurants in Los Angeles, and soon competitors were selling similar dishes. In San Diego, what would become El Indio Mexican Restaurant began selling taquitos during World War II, when tortilla factory owner Ralph Pesqueria, Sr., was asked by workers at the Consolidated Aircraft Company factory across the street for a portable lunch item.”

Pork is a tough wine to pair. Grenache isn’t considered a full-bodied wine, while pork has less umami than beef. These two medium flavors go extremely well together. Garnacha is one of the most widely planted red wine grape varieties in the world. It ripens late, so it needs hot, dry conditions such as those found in Spain. Grenache has red fruit characteristics that will boost the flavor of the pork.

Lightly coat pork with vegetable oil to keep it from drying out during cooking.

Before roasting pork, sear all sides to create a flavorful crust on the surface of the meat.

Do not overcrowd pork cuts when cooking. Leaving space between them will allow them to brown and cook more evenly.

Here, we fill flour tortillas with pulled pork and then oven-fry them to get that satisfying crunch in each bite. 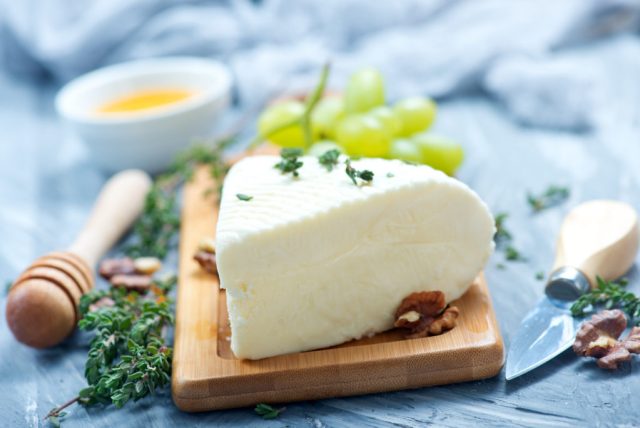 Selecting the Perfect Cheese Board Recipe